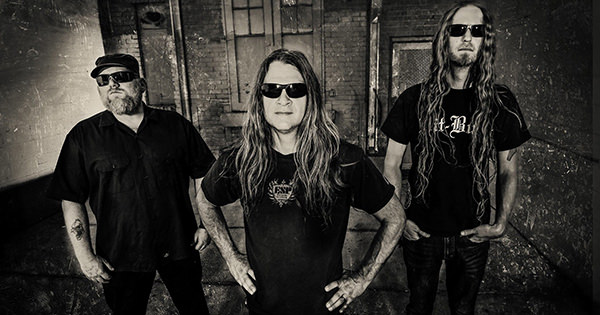 Midwestern death metal act Jungle Rot will enter the studio on January 5 to begin tracking their tenth full length album. "Once again, we've stuck with the tried and true Jungle Rot formula to produce another killer record that all our fans and everyone will enjoy," says vocalist/guitarist Dave Matrise. "It's been nice to get back to doing what we do best and that's writing brutal, heavy music." Titles slated to appear on the record include include "Delusional Denial," "Glory For The Fallen," "Stay Dead," "Twisted Mind," "Fearmonger," "Pumped Full Of Lead," "A Burning Cinder," "Triggered," "Full Scale War" and "Send Forth Oblivion." The band is also working on two as-of-yet unnamed cover songs. Recording will take place at Belle City Sound in Racine, Wisconsin with engineer Chris Djuricic (Novembers Doom, Disgorge) at the helm. Mixing and mastering will be handled by Dan Swano (Dark Funeral, Marduk), and accompanying the band on drums will be past contributor Jesse Beahler (of Black Crown Initiate). Meanwhile, artwork will once again be created by longtime Jungle Rot album cover artist Gyula Havancsak and the record will be released in spring 2018 through Victory Records. Bassist James Genenz adds, "We've got quite a fire under our collective asses and we're psyched to get this album out! This is going to be a nasty record!"