The Plot In You announce new album, premiere song 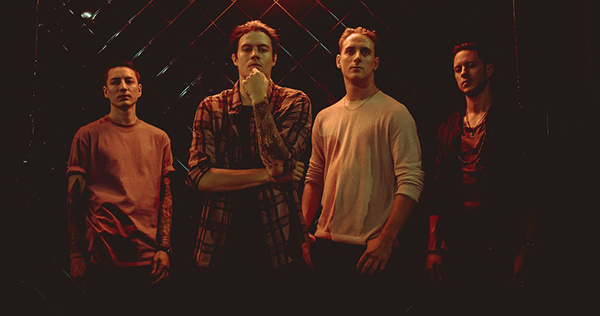 photo by Jason Mageau
Official press release: The Plot In You (TPIY) have announced that their fourth studio album Dispose will be out February 16, their first album with Fearless Records. The album features 10 tracks chronicling the experiences of lead singer-songwriter Landon Tewers detaching himself from a toxic relationship and explores the stages of said relationship through his songwriting. Los Angeles-based producer Drew Fulk co-produced the effort alongside Tewers, being the first producer to ever be involved in TPIY's studio process. The album is available for pre-order now. "This album is our proudest release so far, it's almost a complete restart on the band," explains Tewers. "The music has continued to naturally evolve in the way that we have wanted it to for a long time and we have a completely new team helping to roll it out which has been refreshing." In celebration of the album announcement, TPIY have debuted a video for "Not Just Breathing" directed and edited by drummer, Mathis Arnell. The track itself is the second single from the album, the previous being "Feel Nothing" which has garnered over 2 million views on YouTube. "The track is about cutting ties with someone who is a dead weight in your life and dragging you down," Tewers says. "Always hoping for the best for that person but coming to terms with the fact that you need to move on with your life in a separate direction from them."