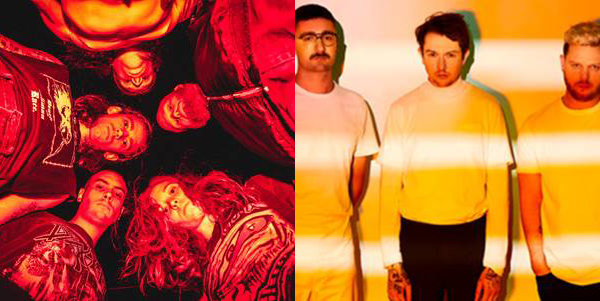 Official press release: Today, alt-J and Code Orange have released new remixes of alt-J tracks "Adeline" and "Hit Me Like That Snare." alt-J drummer Thom Sonny Green has long been a fan of Code Orange's music, which prompted the collaboration. Code Orange guitarist/vocalist Shade explains, "I wanted to dismantle the songs entirely and completely rebuild them as if they had come from a different world, and that's what I did. See the world with Code Orange vision. No boxes, no boundaries, no fear." alt-J was equally excited about the collaboration stating, "It's not often we get to collaborate with heavy artists so having Code Orange step up and give us two amazing remixes is a real treat. We hope you enjoy them as much as we do." Both remixes are available today via Canvasback and Roadrunner Records. Check out the visuals for the remixes created by Dmitry Zakharov: