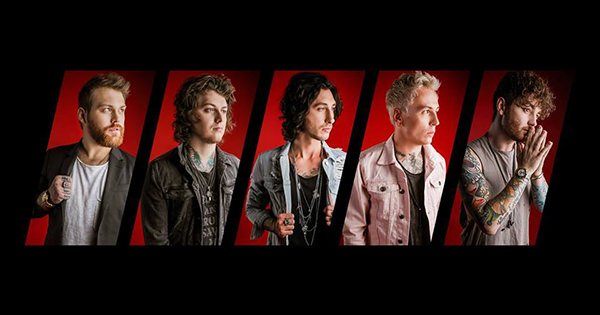 English rock/metalcore band Asking Alexandria has released a new single titled "Where Did It Go?" You can stream the track below via YouTube. Asking Alexandria's new, self-titled album was produced by Matt Good, mixed by Taylor Larson, and will hit streets on December 15 through Sumerian Records.
"From 2009-2013 Asking Alexandria was an unstoppable, runaway train. During that time, we lost our way and it was uncertain if we should even carry on. It was YOUR unwavering love and support that gave us the courage and the strength to continue working towards our dreams. Fast forward to now, and we can say that we've created the most exciting album of our careers - an album we are most proud of. Thank you for keeping Asking Alexandria alive. Thank you for continuing to support us when things got hard. This album is for you. Ladies and gentlemen, we have finally found what we lost many years ago, and I promise you will hear it shining through whole heartedly in this album. Our self titled, fifth studio album. This is Asking Alexandria."
Asking Alexandria track listing: 01. Alone In A Room 02. Into The Fire 03. Hopelessly Hopeful 04. Where Did It Go? 05. Rise Up 06. When The Lights Come On 07. Under Denver 08. Vultures 09. Eve 10. I Am One 11. Empire 12. Room 138 13. Into The Fire (radio edit)