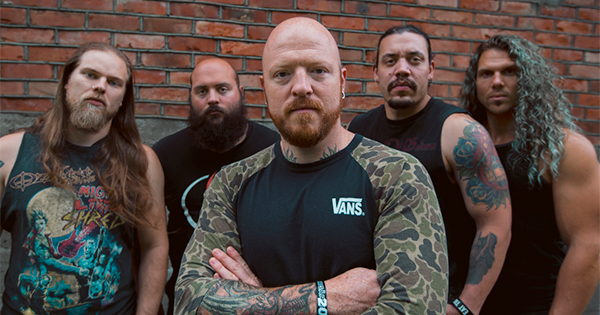 War of Ages has announced plans to release a new full-length this fall. The band's seventh studio album has been titled Alpha and will hit streets on December 8 through Facedown Records. Alpha was produced and engineered by Jason Suecof at Audiohammer Studios (Trivium, August Burns Red, All That Remains), will be available digitally and on CD and color vinyl, and features cover art (see below) from illustrator Dave Quiggle. Pre-orders and the first single from Alpha will be released Friday, October 13. 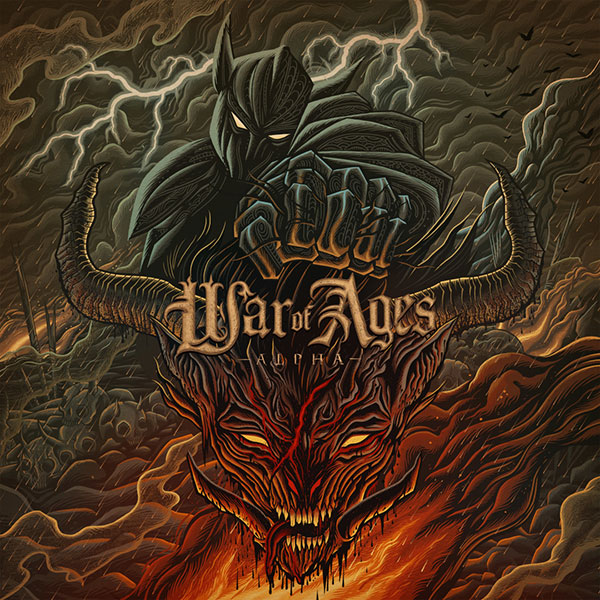 dude im pretty sure jesus didnt even ask for this

Ah... It's War Of Ages. Every time this band plays a show I attend, I find myself drinking at the bar until they're done and the band I really want to see starts playing.

lol at dude back right haha. this is strictly tier 3 metalcore but still more listenable than zao was in the early to mid 00s. don't care about their 90s distorted noise transition to sissy melody albums. solid chance Tim lets these guys open for AILD though.

Is that t-t Lambesis far right? His man breasts are covered so i cant tell

This band has always been boring as hell

Pride of the Wicked is a wicked album.

This band has always looked too fcking old.

Look old? They are old. They Been doing this Christian metal shit for 7 albums. Imagine if every day you are reminded of your sin, your shame, from the night before.wvery Sunday and Wednesday night you are reminded how shitty you are and how you'll never be good enough, hats why they look kld

that's cuz u a hardcore kid. u like boy music. u probabky like exo and all that kpop shit too. u don't know what a real man looks like. they have hair on ther Head, on they're face, hair everywhere like a bare or a caveman. that's real man shit welcome to METAL bitch. Man music

Word up, good breakdown bro but you have it backwards. Hardcore is for alpha males to find their boy toy. Metal is for beta cucks looking for a dom.

Not bad but sheds some serious light on how good Throwdown's seminal album, 'Vendetta' really is. You have to weed through all this smoke..caused by manly men playing manly music to understand. Also Far left sweet green perm brugh