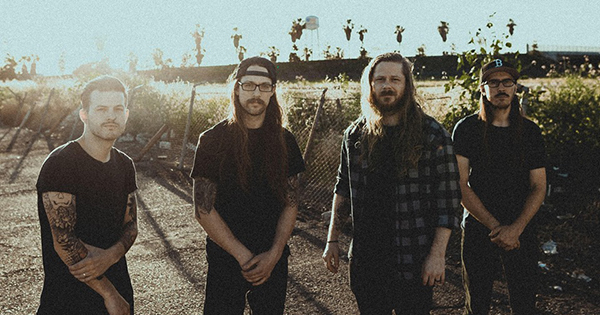 La Mirada, California metalcore act Phinehas has signed a deal with Solid State Records. Formed in 2001, the band has released a small handful of records, most recently via Artery Recordings. Phinehas vocalist and drummer Sean McCulloch has issued the following statement:
"When I was 16 years old I heard a song called 'Burning Bridges' by a band called Haste the Day while hanging out with friends and driving around the small town in Texas that I grew up in. I nerded out over this band to the point of researching their label, Solid State Records, and listened to every single band on their roster. I fell in love with every band that I found. From As Cities Burn and Underoath, to Maylene and the Sons of Distaster, Solid State helped me through some of the hardest times of my life as a teenager. "When I joined Phinehas in 2007, it became a dream of mine to be signed by them. Here we are 10 years later, as a family of best friends through hell and high water announcing that we are signed to Solid State and will be releasing a new album with them soon. "I speak for everyone in Phinehas when I say that we could not be more stoked for the future. I also speak for everyone when I say thank you to all of you Phinehas-faithful who have been with us over the years. It's because of you that this dream has been realized. We love you and can't exist without you. "Cheers to Solid State, cheers to a new album, but most of all, cheers to you for being with us through it all. Till the End."