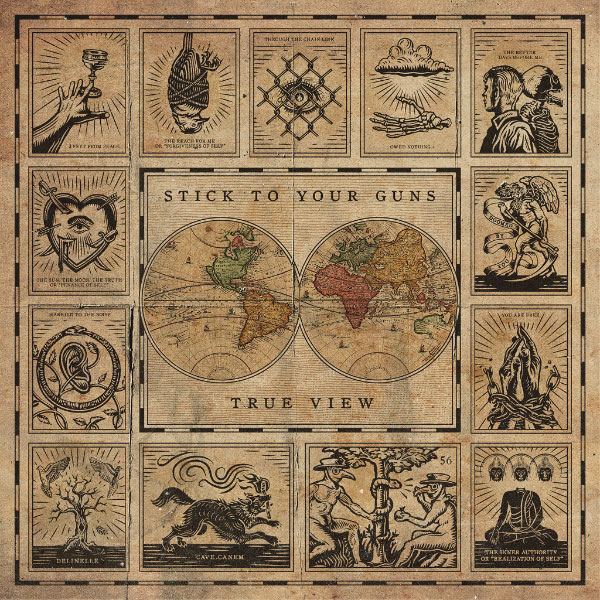 Stick To Your Guns has confirmed plans to release a new album this fall. The outing has been titled True View and will hit stores on October 13 through Pure Noise Records. In advance of its release, the group has debuted a new track called "The Sun, The Moon, The Truth: Penance Of Self," which you can stream below. The band will also embark on a series of True View record release shows. Those dates, as well as North American tour plans for winter 2018, will be revealed shortly. True View track listing: "3 Feet From Peace" "The Sun, The Moon, The Truth: Penance of Self" "Married to the Noise" "Delinelle" "Cave Canem" "56" "The Inner Authority: Realization of Self" "You Are Free" "Doomed By You" "The Better Days Before Me" "Owed Nothing" "Through the Chain Link" "The Reach for Me: Forgiveness of Self"