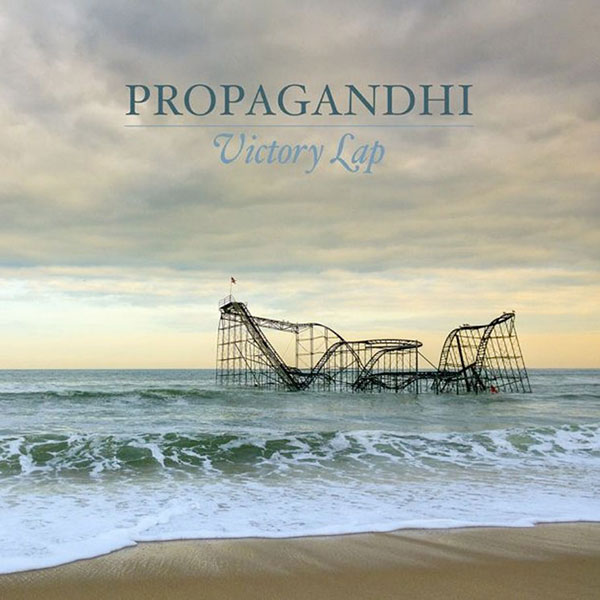 Canadian punk rock veterans Propagandhi has revealed that their new album, and follow-up to 2012's Failed States, will hit streets early this fall. The new record has been titled Victory Lap and is slated for a September 29 release via Epitaph Records. The album's title track can be streamed below. Meanwhile, the artwork can be viewed above, while the track listing is as follows: 01. Victory Lap 02. Comply/ Resist 03. Cop Just Out of Frame 04. When All Your Fears Collide 05. Letters to a Young Anus 06. Lower Order (A Good Laugh) 07. Failed Imagineer 08. Call Before You Dig 09. Nigredo 10. In Flagrante Delicto 11. Tartuffe 12. Adventures in Zoochosis