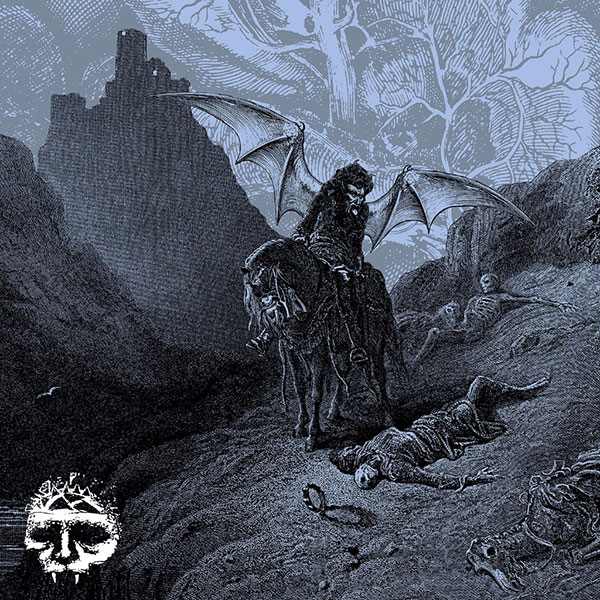 Official press release: Known for being one of the most incendiary and influential bands in hardcore and modern metal history, apocalyptic heavy music icons Integrity return with their highly anticipated, 12th studio album entitled Howling, For The Nightmare Shall Consume. A conceptual foretelling of the final days of Armageddon, Howling... is a manifestation of pentecostal nightmares and religious depravities, wrought with fire and brimstone sermons and occult prophecies bathed in waves of destruction. Now with almost 30 years of creating dark and terrifying anthems under their belt, Integrity have honored their past musical legacy while fearlessly moving forward into unchartered territory on what is undoubtedly their most elaborate and ambitious effort to date. Howling, For The Nightmare Shall Consume was recorded and mixed at Developing Nations Studio in Baltimore with mastering handled by Brad Boatright (Obituary, Toxic Holocaust, Full Of Hell). The album will see its release on CD/2xLP/Deluxe 3xLP/CS/Digital via Relapse Records on July 14th. A music video for the song "I Am The Spell" directed by frontman Dwid Hellion can be viewed at this location: Physical pre-orders and exclusive bundles are currently available via Relapse.com while digital pre-orders are available via Bandcamp. The Deluxe 3xLP contains three additional bonus tracks, a 12 page LP sized booklet featuring expanded artwork and a double-sided slipmat. The digital version will include four additional bonus tracks. A complete track listing is available below. Howling, For The Nightmare Shall Consume track list: 01. Fallen To Destroy 02. Blood Sermon 03. Hymn For The Children of the Black Flame 04. I Am The Spell 05. Die With Your Boots On 06. Serpent of the Crossroads 07. Unholy Salvation of Sabbatai Zevi 08. 7 Reece Mews 09. Burning Beneath the Devils Cross 10. String Up My Teeth 11. Howling, For The Nightmare Shall Consume 12. Viselle De Drac (Digital / Deluxe Vinyl Bonus Track) 13. Entartete Kunst (Digital / Deluxe Vinyl Bonus Track) 14. Deathly Fighter (Digital / Deluxe Vinyl Bonus Track) 15. The Perfect Silence (Digital Bonus Track)