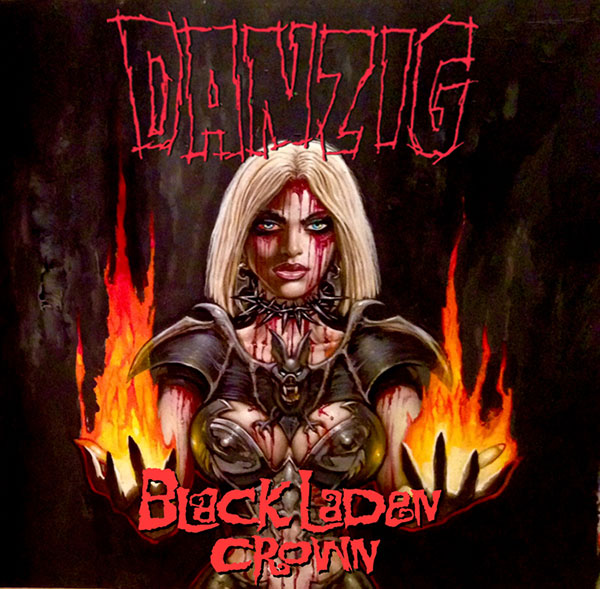 Following his historic reunion with the classic Misfits lineup at last year's Riot Fest, as well as the recent confirmation of a headlining set at this year's Blackest Of The Black festival, Glenn Danzig has now confirmed the title and release date of first Danzig album of all new material since 2010. Titled Black Laden Crown, the new record features roughly 50 minutes of music and will be released on May 12 through Evilive Records / Nuclear Blast Entertainment. Its cover art can be viewed above.

That artwork tho Bahahahaha

All the incredible artists in the world and you chose some 7th grade goth girl's art project.

Tittays.... won't you put those tottays in my faaayce... ohhhhh titttttyaaaaYYYYS. TITTAYS! DO YOU WANNA BANG HEADS WITH MAY? NOT ABOUT TO SEE YOUR TITTAYS. BUT IF YOU WANNA FIND t-ts WITH ME, I CAN SHOW YOU WHAT ITS LIKE... TIGGO BITTIES!

1987 called; they want their cover art back.

Is he fckin serious with that artwork

little chris here, someone book my shitty 18v / disembodied cover band on this

dude! Santa Clara county fair circuit! 1990 would be stoked to see him play with Joe c-cker while I make out with hot chicks under the bleachers. Let me go get the keys to my Camaro!!!!

All i can say is, mothaaaaaaaaa

Devin Amann here, someone please buy my old Gideon and Being As An Ocean shirts, thanks

Did he draw that himself in highschool?