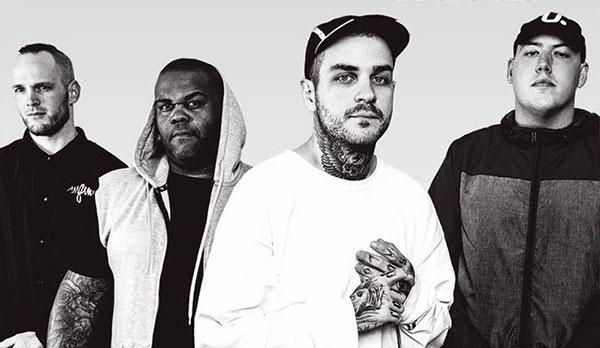 Look At Yourself, the seventh studio album from Emmure, and their first with new label SharpTone Records, debuted at No. 73 on the Billboard 200 on the strength of 7,414 in first-week sales in the United States. Meanwhile, the record bowed at No. 2 on the Hard Rock Albums chart, No. 27 on the Top Album Sales chart, and No. 4 on the Independent Albums chart. The band's previous album, Eternal Enemies (2014), sold roughly 6,400 copies in its first week and landed at No. 57 on the Billboard 200. Going back further, Emmure's 2011 album Eternal Enemies bowed at No. 62 with a first-week sales tally of 10,500, the band's best first week to date.