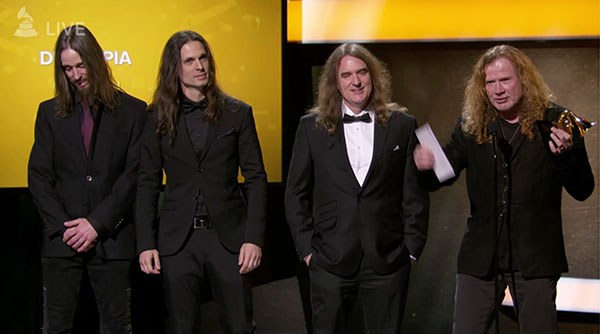 Megadeth triumphed over fellow nominees Baroness, Gojira, Korn, and Periphery this evening at the 59th Grammy Awards in Los Angeles, winning an award in the "Best Metal Performance" for their song "Dystopia." The award was announced as part of the Grammy Awards Premiere Ceremony, which takes place prior to the main event. This is Megadeth's first Grammy (they've been nominated 12 times).