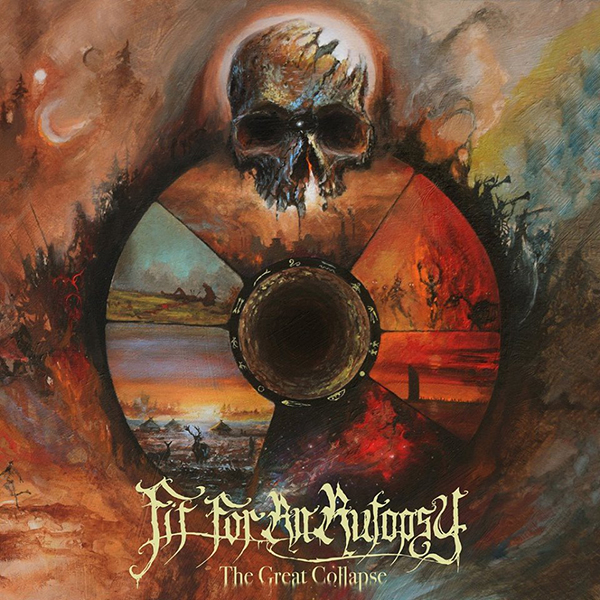 In two months New Jersey metal act Fit For An Autopsy will release their fourth studio full-length. Titled The Great Collapse, the new outing will be available on March 17 via Entertainment One (eOne) / Good Fight Music in North America and SPV overseas. Artist Adam Burke created the cover art, which can be viewed above. The band comments:
"The Great Collapse is a reflection on the current chaotic state of mankind's relationship with the world, and it's effect both outward and inward. It's a dark and unsettling record that encapsulates a variety of approaches to aggressive music, and a definite expansion of our capabilities as a band. Music is on the way. This is the strongest record in our catalog. We can't wait to show you. Thank you all for your continued support, and we'll see you on the road soon."