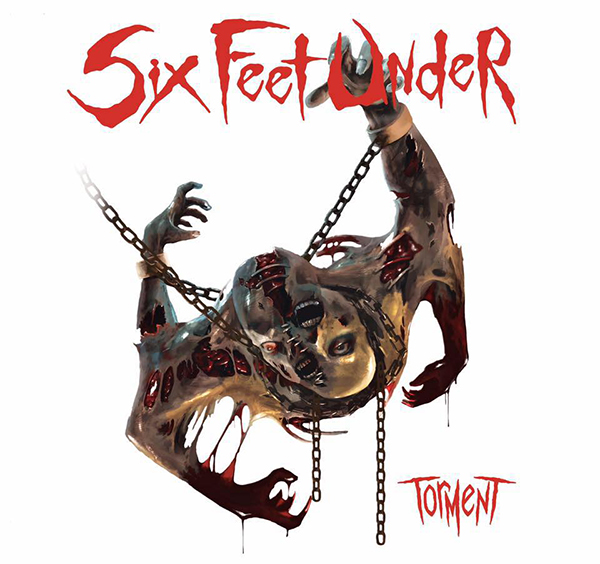 Death metal veterans Six Feet Under have announced plans to release their latest studio album next month. Recorded by Carson Lehman and mixed by Zeuss, the outing has been titled Torment and will be available on February 24 through Metal Blade Records. The record's first single, titled "Sacrificial Kill," can be streamed below. Frontman Chris Barnes had this to say about the new record: "I've been lucky to have a lot of standout albums in my career. That's only because I've had a great many talented writing partners and musicians to collaborate with. Our new album, 'Torment', to me, is one of those albums. Jeff Hughell has provided the flammable material for me to write some explosive lyrics and vocal parts to. I know people always say, 'This is my best album ever,' and I won't say that, because everyone has their own favorites, but I do enjoy creating new music, and I feel as though with this one we expressed concisely and to the fullest the duality of our music." Torment track listing: 01. Sacrificial Kill 02. Exploratory Homicide 03. The Separation Of Flesh From Bone 04. Schizomaniac 05. Skeleton 06. Knife Through The Skull 07. Slaughtered As They Slept 08. In The Process Of Decomposing 09. Funeral Mask 10. Obsidian 11. Bloody Underwear 12. Roots Of Evil