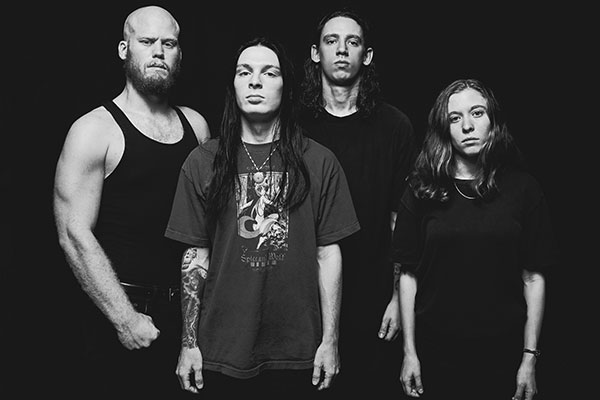 photo by Jimmy Fontaine
Pittsburgh, Pennsylvania band Code Orange has announced plans to release a new album titled Forever this winter. The record was produced by Kurt Ballou and will hit streets on January 13 through Roadrunner Records. To preview the forthcoming album, Code Orange has partnered with Rolling Stone to premiere the lead single and title track of the LP. The Max Moore-directed video of "Forever" can be found below. "The last record, was 'We were gonna get our feet at the table,'" vocalist and drummer Jami Morgan tells Rolling Stone. "Now we've got them there – we're going to flip that shit over."