The initial lineup has been announced for the 2016 installment of the Voodoo Music and Arts Experience, slated to take place October 28, 29, and 30 at City Park in New Orleans, Louisiana. The event will feature roughly 70 acts on four stages, including Tool and Ghost. The lineup can be found below. 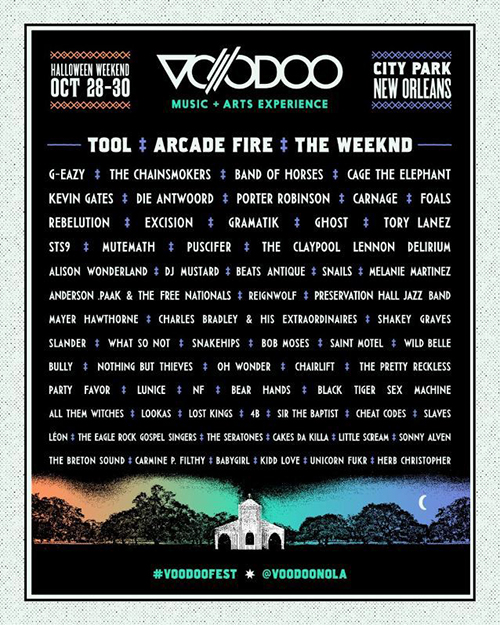