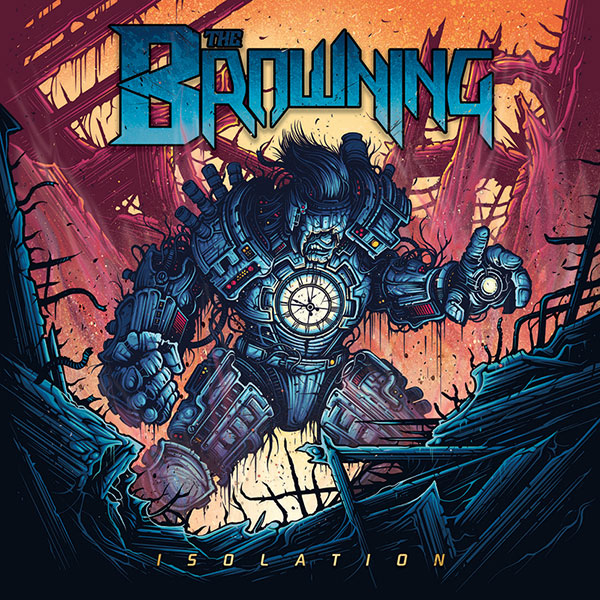 Kansas City quartet The Browning will release a new album titled Isolation on June 24 through Spinefarm Records. Frontman Jonny McBee had this to say about the outing:
"Over the course of the last three years, rock music is primarily all I've listened to. I've been ingesting bands like Rammstein, Disturbed, and Three Days Grace. My writing swung towards that. I knew this album was going to have more of a rock vibe. Obviously, there's still metal, but the scope has expanded. The electronics remain a big part of it. Since day one, the whole point was to not only be the heaviest electronic band, but the band with by far the most electronics. "Isolation is by far the best album The Browning has done yet. It has everything I wanted in it and nothing is missing. It shows how the band has progressed and matured since our last release. So, I cannot wait for the world to hear it."
You can now stream the song "Pure Evil" via Spotity. Isolation track listing: 01. Cynica 02. Pure Evil 03. Isolation 04. Dragon 05. Fallout 06. Vortex 07. Spineless 08. Hex 09. Phantom Dancer 10. Cryosleep 11. Disconnect (ft. Frankie Palmeri of Emmure) 12. Pathologic