At The Drive-In plan to release new music, tour

Texan post-hardcore band At The Drive-In, largely inactive since 2001, has much in store for 2016. The group is set to make an announcement later today, January 21. However, if the graphic below -- available at the band's official website -- is to be believed, not only will At The Drive-In be embarking upon a world tour, but they will be putting out new music this year as well. We expect to have details for you very soon. UPDATE: At The Drive-In has now announced a world tour and previewed some new music. 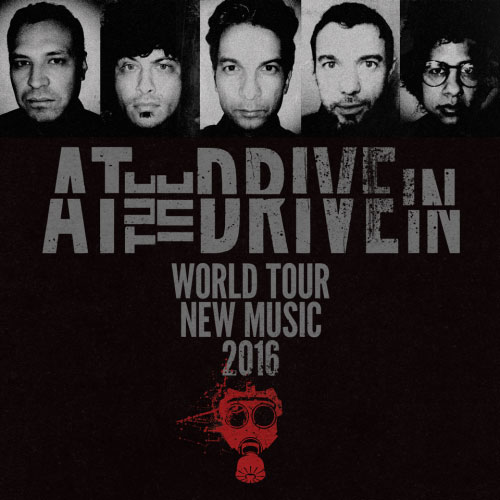 Tags: At The Drive-In