The roster has been officially announced for the 2016 installement of the Coachella Valley Music and Arts Festival, slated to take place in April at the Empire Polo Club in Indio, CA. Among the artists scheduled to perform are the "classic" lineup of Guns N' Roses in addition to Deafheaven and Volbeat. You can view the itinerary below. 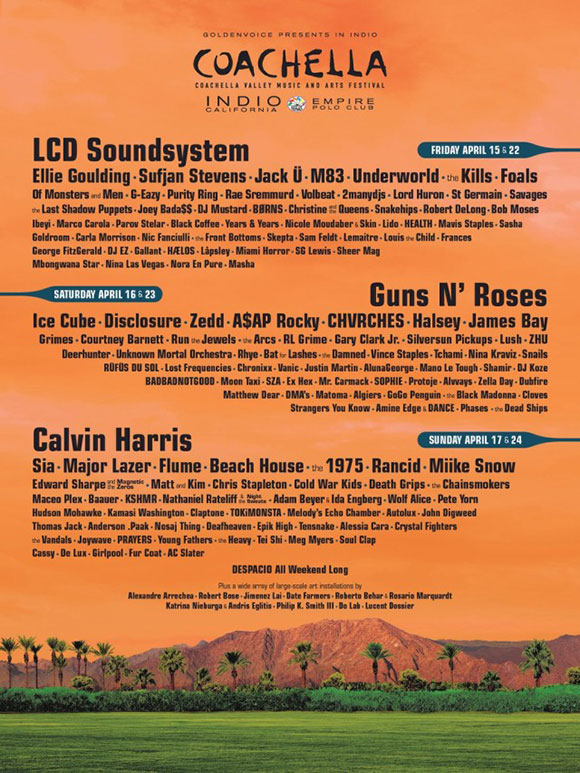