California metal band Devildriver has announced plans to release their seventh studio album next spring. Titled Trust No One, the effort was produced by Mark Lewis (Deicide, The Black Dahlia Murder) and will hit stores on May 13 through Napalm Records. 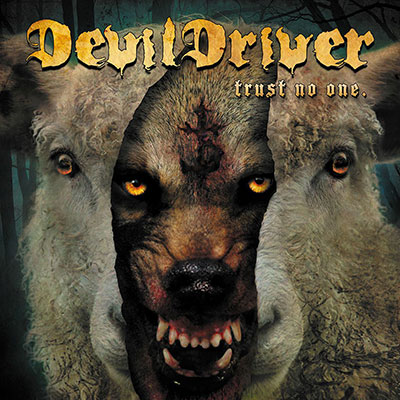 This will be the band's first release since the exits of guitarist Jeff Kendrick and drummer John Boecklin in October 2014. Devildriver frontman Dez Fafara had this to say: "Almost three years in the making, get ready for a new Devildriver record! 'Trust No One' is filled with killer riffs, groove after groove and massive hooks! Regarding the title 'Trust No One', it's rightly named and done so. There will be no explanation needed regarding what the title means. The lyrics are volatile and straight to the point! See you next year with 'Trust No One' and around the world on tour!"