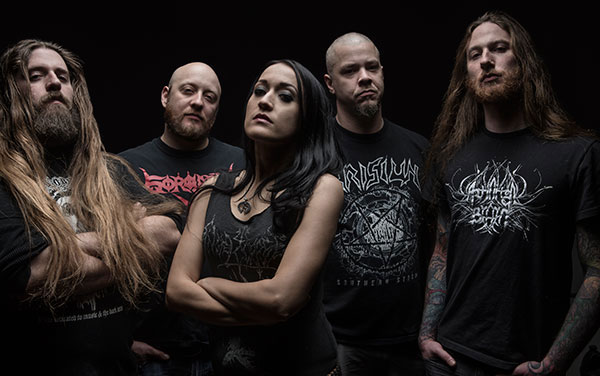 Official press release: Metal Blade Records is proud to announce the signing of extreme metal outfit Abnormality. Based in Massachusetts (USA), Abnormality formed in 2005 and now features seasoned members Mallika Sundaramurthy (vocals), Jay Blaisdell (drums), Josh Staples (bass), Sam Kirsch (guitars), and Jeremy Henry (guitars), all hailing from various underground acts such as Goratory, Sexcrement, Parasitic Extirpation, Forced Asphyxiation, and Iranach. Known for their "vicious high speed technicality" (BraveWords.com) and "ruthless brutality" (MetalStorm.net), the quintet is already hard at work on their second album, due out 2016. Abnormality comments: "We are extremely excited to announce that we have signed with Metal Blade Records and will be releasing our second full-length album through the label in 2016. We couldn't be happier to start this new evolution of the band with a label that has served as the benchmark of underground metal for thirty plus years. "We are currently in the studio and nearly completed tracking instruments and vocals with Pete Rutcho. The album is sounding killer so far, we can't wait to unleash it! We want to take a minute to thank all of you that have believed and supported us through the ups and downs over the years, none of this is possible without you. Cheers!" For a preview of what's to come, fans can check out the official video for "Monarch Omega," taken from Abnormality's full-length debut, Contaminating The Hive Mind (2012):