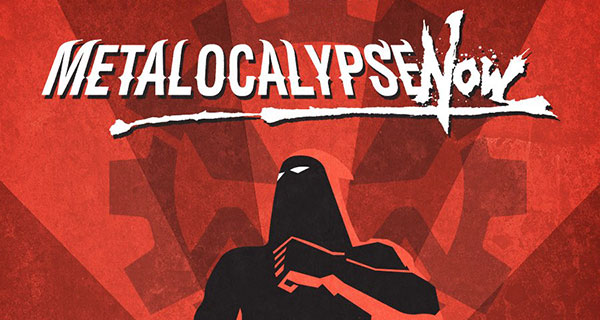 Official press release: For years, fans have been clamoring for an official end to the story of Dethklok, the wildly popular animated heavy metal band at the center of pop culture mainstay and television show Metalocalypse. As announced via Marvel.com live at New York Comic-Con, Metalocalypse mastermind Brendon Small is championing a campaign to bring fans the official end to the Dethklok's story. Presented by Rocksmith and dubbed Metalocalypse Now, the campaign is designed to combine the efforts of grassroots supporters, the heavy metal community, comedians, record labels, instrument brands and more, proving to HULU/Adult Swim that there is a massive audience who will watch this ending if they produce it. Fans deserve to see how the Metalocalypse prophecy ends after nearly 10 years of the story's existence. Using social media, an online petition and more, Metalocalypse Now is the metal world's chance to demand their show's finale. Millions of viewers around the world are waiting patiently for an end to the series, and Metalocalypse Now is working to create the critical mass necessary to publicly prove that HULU is the perfect home for the series-closer. Metalocalypse creator Brendon Small states, "Metalocalypse, to this day, has a ridiculously strong viewership. The show has become a part of the metal community and we want to give the fans an opportunity to demand what is rightfully theirs!" World-famous musicians and heavy metal tastemakers such as Scott Ian, Joe Satriani, Devin Townsend and Brian Posehn have already publicly supported the campaign – and now you can too! To reach critical mass, fans should spread the word all month long by: - Tweeting at @hulu and @adultswim with #metalocalypsenow - Signing the petition at www.MetalocalypseNow.com - Don't use social media? Send an envelope with guitar picks and a note enclosed that tells HULU that if they finish Metalocalypse, you'll watch it! Send to: ATTN: HEAD OF CONTENT 2500 BROADWAY SANTA MONICA, CA 90404