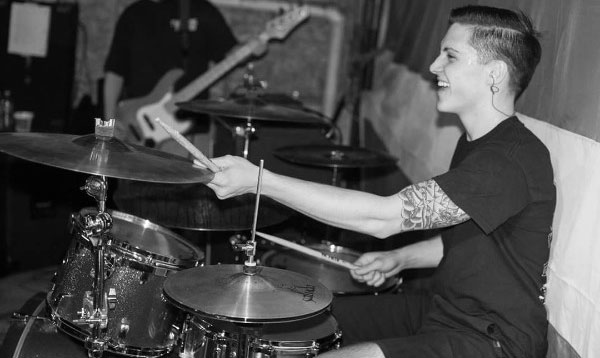 Tom Alderson, drummer of Philadelphia, PA hardcore band Crosscheck, was badly beaten Sunday night and is currently hospitalized. A GoFundMe.com campaign has subsequently been launched to assist with Alderson's growing medical bills. Here's a portion of the campaign summary:
"Our good friend, Tom Alderson, has experienced many heavy burdens recently, but more-so now than ever he needs our help. Sunday night, Tom suffered an incredible amount of physical injury and trauma to his head and other parts of his body. Currently hospitalized, he is going to be spending his 24th birthday laid up in a hospital room hooked to machines and barely being able to do much of anything for himself on his own. The injuries he has sustained are so severe, that they will be keeping him out of work for an undetermined amount of time and he has a long road to complete recovery ahead."
Details regarding the incident are sketchy, though the attack reportedly took place at an after-show for this past weekend's This Is Hardcore festival in Philadelphia. Word on the street is that the assault resulted from a mosh pit altercation that took place earlier in the day between Alderson and members of two East Coast hardcore bands, neither of which will be mentioned here until all of the facts come out (if they ever do). New Jersey hardcore band Lifeless had this to say about the matter:
"Violence and injury is and always will be a part of the hardcore culture in one way or another and as a realistic hardcore kid, you have to accept that... And as many of you know, Lifeless is no stranger to that aspect of it. However, no one should ever have to go through or experience what Tom is going through. "Thoughtless, unwarranted, and extreme violence for petty or no reason at all will never be welcome in our scene or any scene we are a part of. Support Tom, because he would support you. Support Tom, because it could have happened to any one of us. Please help spread the word."
UPDATE: Jordan McKinney of Houston, Texas band Drown has issued a statement via Twitter, which you can view below. Obviously, he levels some serious accusations. We can neither confirm nor deny their veracity, but here you go: