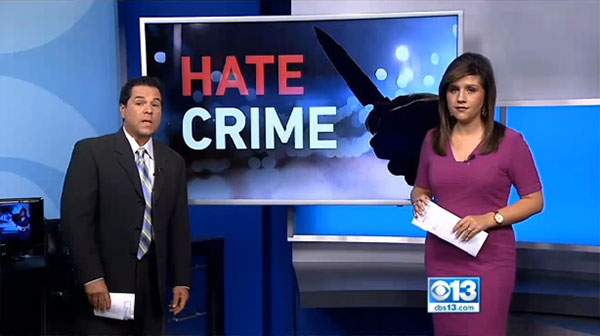 Sacramento, California police have reclassified the attack that left Slaves guitarist Alex Lyman and two other musicians hospitalized as a hate crime. The three were leaving a Midtown bar Sunday night when they were assaulted by a knife-wielding man. Suspect Timothy Brownell was originally charged with felony assault, however upon further investigation, police are calling the incident a hate crime. Both Lyman and fellow victim Blake Abbey alleged via social media yesterday that Brownell called them "faggots" in "tight jeans" amidst the attack, prompting police to reinvestigate. "We took a look at the social media postings," said Justin Brown, an officer with the Sacramento Police Department told KCRA in Sacramento. "And we understand that allegations of that nature. We take it very seriously, in addition to the assault." After his arrest, Brownell posted bond and was released. Last night, new hate crime charges in hand, police issued another warrant for his arrest. Unfortunately, Brownell remains at large, prompting concern from Abbey: "How is this possible? I can't sleep I can't even feel the top of my arm and this guy gets released from jail over night without a scratch on him."