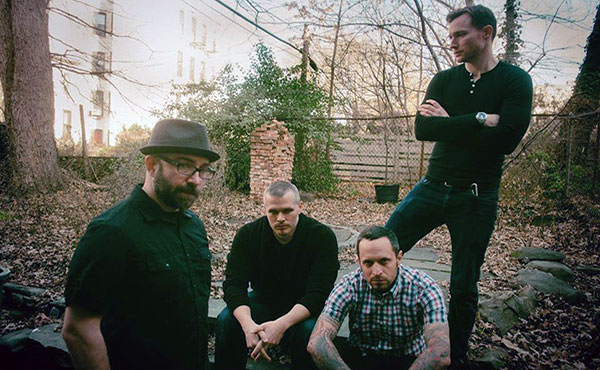 Official press release: Vision of Disorder will enter Frankie Nasso's Staten Island-based Nova Studios on July 5 to begin tracking the follow-up to 2012's The Cursed Remain Cursed. The album will be produced by Zeuss (Agnostic Front, Crowbar, Hatebreed, Whitechapel). A late autumn release date is expected. It will be the band's second album for Candlelight Records. "We are so very happy to see the songs starting to come together," says vocalist Tim Williams. "?The new songs are dark, heavy, and melodic in a way only Vision Of Disorder can deliver." A few working song titles for the still-to-be-named album include "Razed to the Ground," "War On The Police," and "Nightcrawler." One of the most innovative and widely admired bands to emerge from the collision between hardcore and metal, Vision Of Disorder exploded from the streets of Long Island in 1996. "Vision Of Disorder took a much needed baseball bat to the head of stagnant hardcore," noted Decibel when describing the band's unique sound. Twenty three years on from their formation, the band continues to deliver a heady brew of savage riffing and fearless proclamations that merge their sonic past with new vitality. Vision Of Disorder is vocalist Tim Williams, guitarist Mike Kennedy, bassist Mike Fleischmann, and drummer Brendon Cohen.