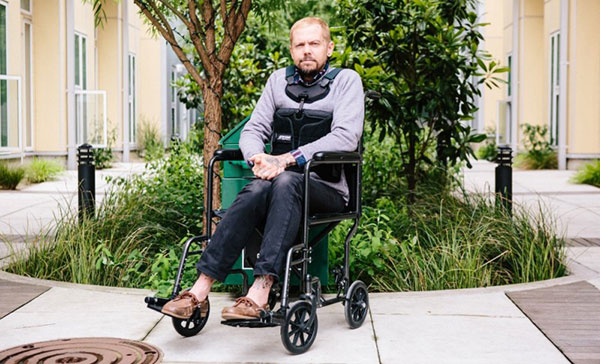 Aaron Connell, aka Aaron Edge, was in a serious bike accident in Southern California a little more than a week ago, resulting in a broken back. If the name doesn't ring a bell, Aaron Edge has done time in a slew of bands, including Lumbar, Iamthethorn, Roareth, Himsa, Harkonen, among others. He had the following to say about his accident:
"While test riding a full suspension mountain bike amongst redwood trees, I fell off on a technical course and landed hard on my back. I couldn't move or stand and was in lots of pain, I was airlifted via helicopter to a San Jose hospital soon after. "Tests and scans were done: my back is broken, specifically my T6 vertebrae. "I'm in a huge brace for a few months and in bad shape, mentally and of course physically. For those of you who already found out, thank you for the texts, messages and emails."
This past weekend a GoFundMe campaign was launched on Connell's behalf. You can contribute here.