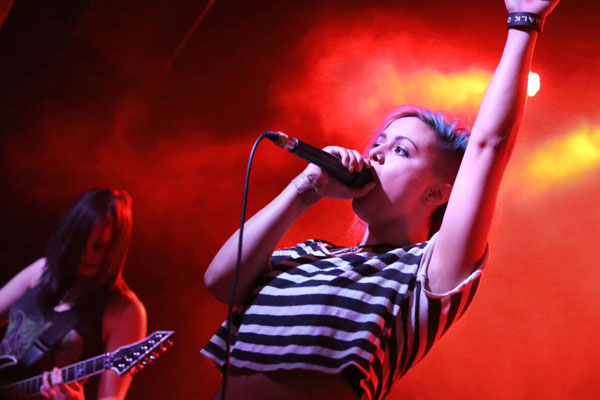 Official press release: Conquer Divide, the six-piece, all-female metal band whose passion for aggressive music oozes from every note of their songs and extends way beyond their gender, will release their self-titled debut via Artery Recordings on July 24. It was produced by Joey Sturgis (Asking Alexandria, The Devil Wears Prada, We Came as Romans) "This record is the culmination of many years of hard work. It's a representation of where we've been and where we are headed musically. It's something we are all proud of," said guitarist Kristen. The album is available for pre-order now. Track listing: 01. Sink Your Teeth Into This 02. Self Destruct 03. Eyes Wide Shut 04. Nightmares 05. Lost 06. What's Left Inside 07. At War 08. Despicable You 09. Heavy Lies The Crown 10. Broken