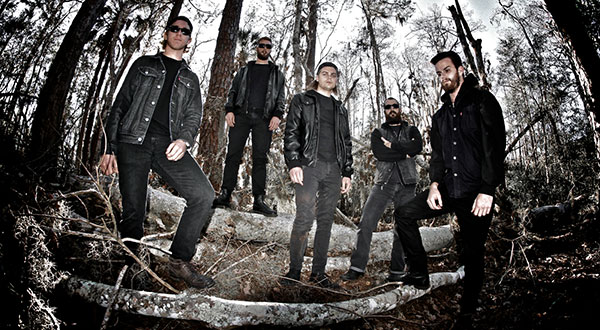 Official press release: Tampa metal act Dark Sermon will release an all new LP titled The Oracle on August 21, 2015 via eOne Music / Good Fight Music. "All I can say is that it is certainly a step in a new and interesting direction," says frontman Johnny Crowder. "As a whole, it is slower, faster, heavier, more engaging, and more mature than 'In Tongues.' I think we finally found our true sound." The all new effort will be the highly anticipated follow up to the band's label debut In Tongues, released in 2013. Crowder concludes, "We're touring extensively in support of this new record, so keep an eye out for dates." The band is currently wrapping up a U.S./Canadian tour with Aborted and label-mates Fit For An Autopsy.