Official press release: Motor City thrashers Battlecross have just returned home from a successful trip to Bogota, CO, and nearly immediately upon returning, have launched a brand new song from their forthcoming album, Rise to Power The new song, "Not Your Slave," is streaming at metalblade.com/battlecross, where pre-order bundles are also available. Rise to Power will be released worldwide on Metal Blade Records on August 21st, 2015. The record was produced by Jason Suecof, and mixed/mastered by Mark Lewis at Audiohammer Studios. Cover art was completed by Hungarian artist Péter Sallai (Sabaton, Sacred Steel). Guitarist Tony Asta offers the following comment on the new single, "Not Your Slave": "We're really happy with the crushing feel of this song. Somehow through the writing process, maybe even on accident, a more groovy feel was created. We won't write the same record twice and I think this is our strongest and more dynamic album yet." As previously announced, Battlecross will join Crowbar and Lord Dying on The Summer of Doom Tour, with the devastation beginning May 28th and ending July 3rd in Crowbar's home state of Louisiana. On tour, fans can pre-order Rise to Power at the Battlecross merch booth in the form of a limited edition tour laminate, only available at the merch booth. Each laminate will include a code, redeemable online, for a copy of the album! Battlecross will also appear at the 2015 Heavy MTL in Montreal on August 8th. Summer of Doom Tickets are on sale now. 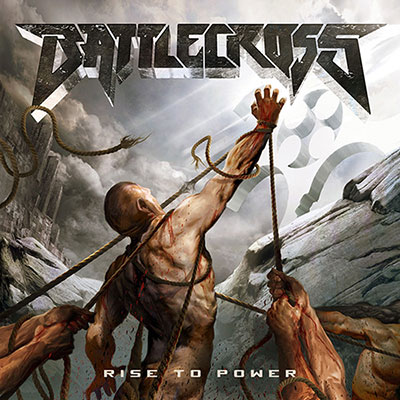