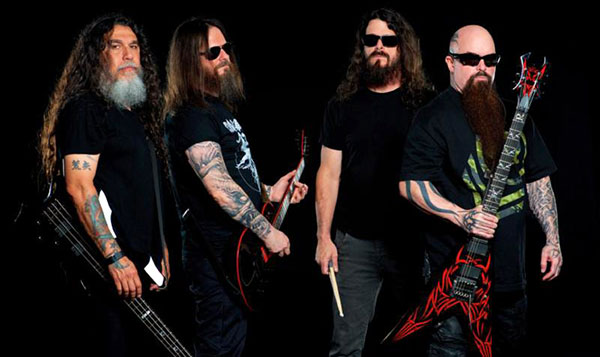 Thrash legends Slayer have set Repentless as the title of their forthcoming album, which has officially been set for a worldwide release on September 11 through Nuclear Blast Records. Repentless was tracked with producer Terry Date (Pantera, Deftones) at the helm, and is the first Slayer album not to feature guitarist Jeff Hanneman, who passed away two years ago. An "announcement" video for the new LP can be found below.