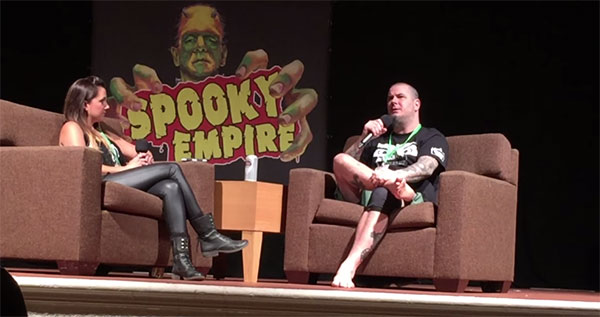 Current Down and former Pantera frontman Phil Anselmo conducted an question-and-answer session at the Spooky Empire horror convention in Orlando, Florida this past weekend. Some footage from the session can be seen below. Notably, Anselmo revealed that he's in a "secret death metal project with some secret other guys from across the equator." Anselmo added, "It's called Metraton Nganga and... it's cute, it really is." Anselmo also stated that he's been working on new Superjoint Ritual material as well.