When They Art Is Murder revealed the cover for their forthcoming album Holy War earlier this month, some fans were less than thrilled with the artwork. It turns out that the band were forced to change its original artwork. "We wanted Holy War to be our most confronting release to date," explains guitarist Andy Marsh. "From the moment the album title was conceived and the lyrics were born we had a distinct vision that the album cover artwork must be equally as confronting, as scary, and as real as what we are about as a band. Unfortunately after circulating our intended album cover around to the distributors and retailers, and after several meetings with the label and those we all work with, we were told we would have to cover the image, or choose a different cover. Not wanting to alter our desired cover in any way shape or form, we opted to contain it within the album packaging and roll with one of the other images from the layout. "Here it is in all its magnificent glory, a child for every religion that has indoctrinated the young and disadvantaged, and sent them off to war and bloody death without cause or reason. This album is for them." 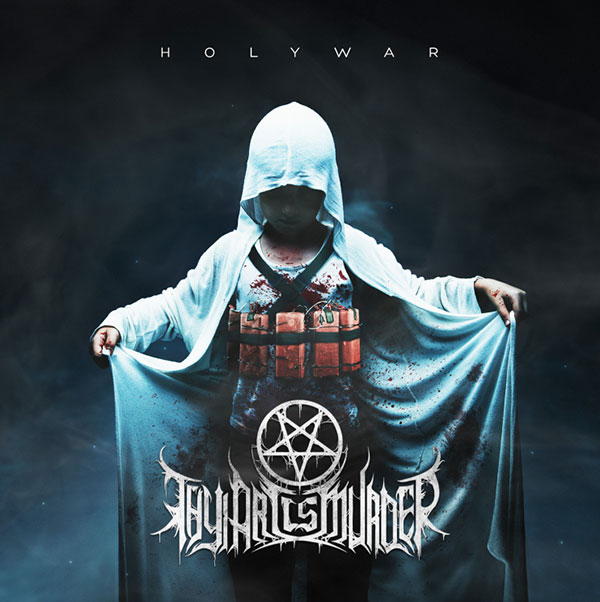 Tags: Thy Art Is Murder