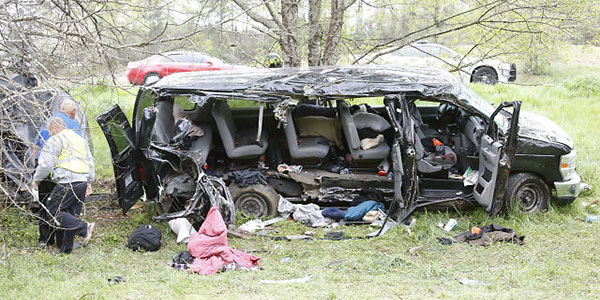 photo: BOB ANDRES/BANDRES@AJC.COM
Three metal musicians were reportedly killed in a van wreck early this morning in northeast Georgia. According to AJC.com, members of both Alabama black metal band Wormreich and Georgia "melodic occult metal" act Khaotika were traveling together in a passenger van when the driver allegedly fell asleep, at which point the vehicle drifted from the road and struck a tree. Three of the occupants were ejected. In addition to three fatalities at the scene, eight others were taken to local hospitals, three in critical condition. The identities of the deceased have yet to be disclosed. The two bands had been finishing up a brief tour. UPDATE: The three individuals killed in the crash have been identified as Nicholas Crisostomo, 25, of Round Hill, Va.; Ian A. McKinney, 30, of Madison, Tenn.; and Paul J. Truesdell, 29, of Mableton. Botch McKinney and Truesdell were members of Wormreich, while Crisostomo was a member of Khaotokia. 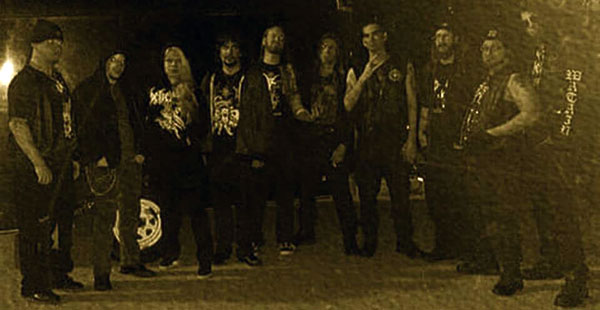