Official press release: Worcester, MA melodic punk-rock band Four Year Strong will release a self-titled album on June 2nd via Pure Noise Records. Four Year Strong's upcoming record was produced by Converge guitarist Kurt Ballou (Every Time I Die, Code Orange Kids, High On Fire) at his Godcity Studio in Salem, MA. When asked about the album's sound, guitarist/vocalist Dan O'Connor stated that it's "one of the most raw records we've ever made, it's just us playing. No fancy computer shit. Made for singing along and head banging." Expect pre-orders for CD/12"/digital to be up next week. Check out the album art and track list below. 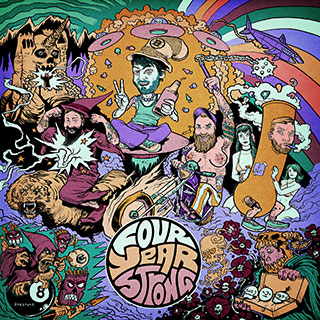