Yesterday, Alexisonfire, defunct since 2012, revealed that they would be making some sort of announcement on Monday, March 9th. Both a teaser image from the Alexisonfire Instagram and a related post from band member Wade MacNeil were tagged with #AOF2015. Today, a "comeback tour" image specifying the UK, Europe, Brazil, Canada, and United States was allegedly posted on the band's official website temporarily before being removed. We did not see the aforementioned image on their website with our own eyes, but you can see a supposed screenshot below (obviously, it wouldn't be difficult for an enterprising fan to create that on their own). Regardless, Heavy Montreal will be announcing its lineup on Monday; don't be shocked if Alexisonfire is playing. 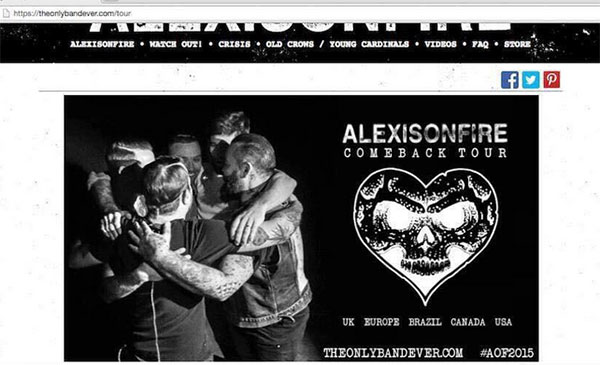