The 57th Annual Grammy Awards are being held right now, and in a decision that will likely anger many metal fans, Tenacious D has defeated Mastodon and Slipknot, among others, to win a Grammy in the 'Best Metal Performance' category.

Mastodon had been nominated for their song "High Road," while Slipknot received a nod for "The Negative One." The other nominees in the category were Anthrax and Motorhead. If nothing else, Mastodon should have won some sort of an award for their ceremony attire (photo below). 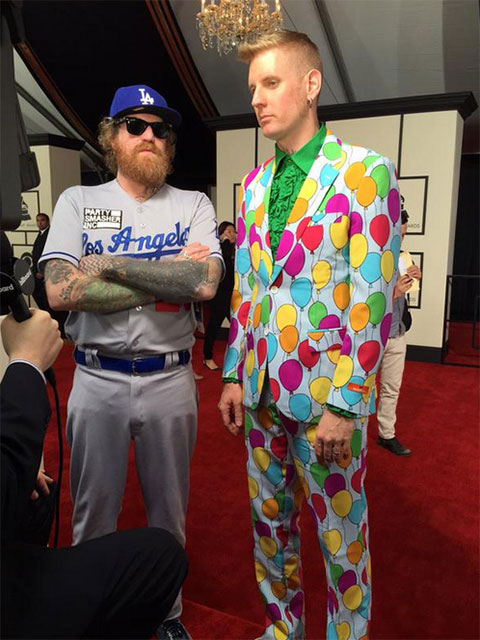