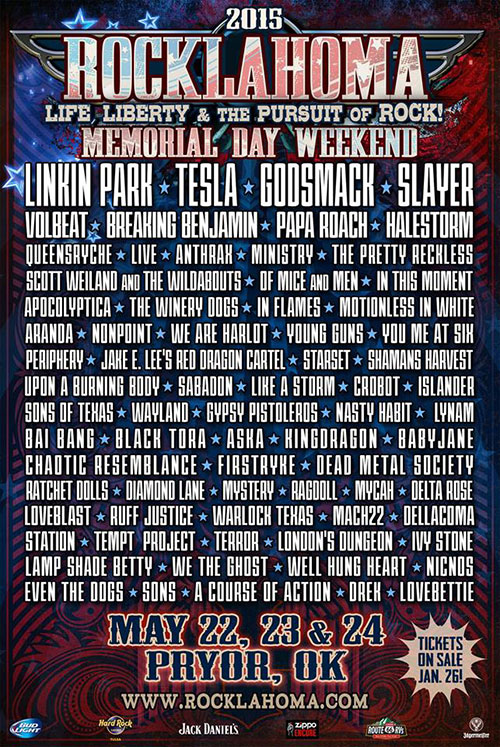 guys who wear jean shorts and wife beaters are stoked

Tesla, Slayer, Queensryche and Anthrax are the only bands worth seeing.

Fahhck with that last album, In Flames will fit right in with Godsmack, Breaking Ben and P. Roach. And this is coming from a lifelong fan who thought Sounds of A Gaypound Fading was a really good album.

Three days of shit just for Slayer and Anthrax. Will be in attendance though with my jnco shorts.

Lamp Shade Betty and LoveBettie!!! You bettie believe I'll be there!

Going for Scott Weiland and the Wildabouts, staying for the gay sex.

Will be chuggin a miller lite during Ministry

Will Scott Weiland beat up Chester from Linkin Park for taking his job?

im really trying to picture how the Terror set will go. What with this type of crowd and all. Quite perplexing to think about.

The tribute to Static-X and Drowning pool will be insane.

What happened to Slipknot being on the lineup?