Official press release: The Last Ten Seconds Of Life today premiere a brand new song entitled "North of Corpus" exclusively on Beheading The Traitor. The song is taken from Soulless Hymns, the band's forthcoming full-length that will be released on January 13, 2015 on Density Records. "We really feel we honed in on our sound with this album," said guitarist Wyatt McLaughlin. "It has a tenacious heaviness and catchiness that is unlike our previous albums. Sonically and writing wise; it is a powerhouse and we can't wait to unleash it on the world." "We strayed away from our past album art and tried to do something a bit different - a cover that had extreme contrast and was a bit eye catching. Our inspiration came from Storm Thorgerson who created some of the most iconic album covers of all time. His work is worth checking out." Fans can pre-order Soulless Hymns beginning today through the band's webstore as well as through iTunes. 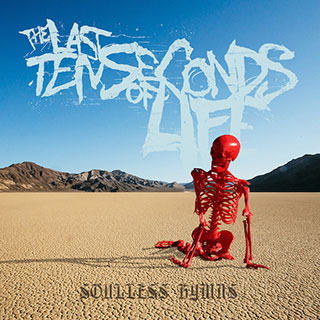