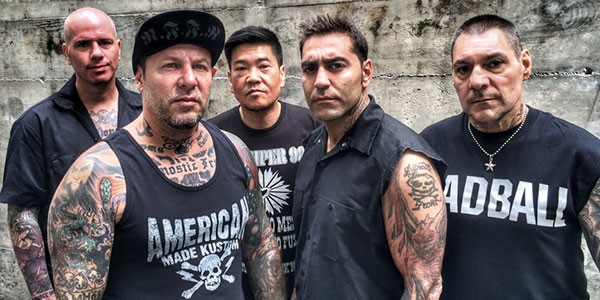 Official press release: Seminal NYC hardcore veterans Agnostic Front, will enter Buzzbomb Sound Labs on December 5th to begin recording their 11th studio album. The session will be handled by Paul Miner (Terror, H2O) who will be engineering, mixing and mastering the release. Artwork and layout will be handled by artist Todd Huber, who also works with vocalist Roger Miret's clothing-line American Made Kustom. "We are excited to be working with Paul Miner at Buzzbomb Sound Labs on our new record which we are calling The American Dream Died," comments Miret. "This recording promises to be mean, fast and furious; with elements of our classic styles, adding chaotic blasts of real old school hardcore!" These rarely confronted and always respected leaders of hardcore were established as one of the meanest-sounding bands in the emerging punk genre, helping to initiate the term "hardcore," and placing an entire uproar on the New York map by association. From the start, Agnostic Front released a catalogue of fast and violent punk tunes consisting of distinctive and aggressive drumming, fuming guitars, overdriven bass work, and a non-stop barrage of chaotic shouting.