Ice-T and his comrades in Body Count have titled their forthcoming album Manslaughter and it's currently scheduled for a June 10 release via Sumerian Records. You can check out the cover art below. Here's what Ice-T had to say:
"People have been asking me to do some music, and I haven't really been inspired to do hip hop for a while, 'cause hip hop kind of got really pop to me," Ice-T said. "But my band always wants to play, so we decided to do an album. We got signed to Sumerian Records. We finished the album. It's called 'Manslaughter'. We shot the first video. We did the album cover. It'll be out June 10. And it's brutal. It's brutal." 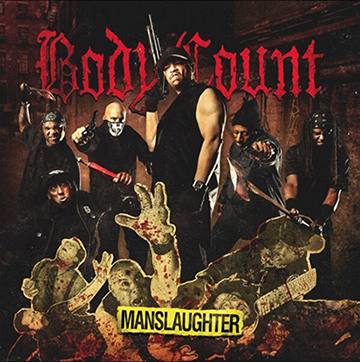