The Melvins and Helmet have announced plans to release a split 7" this fall (the two bands will be touring Australia together in December). Helmet promises a "brand new track," while Melvins' side of the affair will reportedly consist of their song, "Dr. Mule." The effort will hit streets via iconic indie label, Amphetamine Reptile Records, with whom both bands have previously released material. 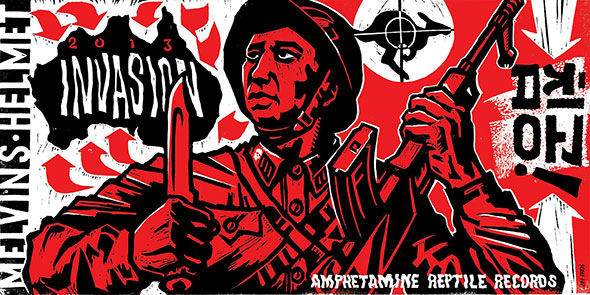