As I Lay Dying's Tim Lambesis due in court today

As I Lay Dying vocalist Tim Lambesis is scheduled to appear in a San Diego court again today. As you likely know, Lambesis was charged with suspicion of solicitation to commit murder on May 7th. He has been out of jail since May 30th, when he posted bail. Lambesis is set to appear before Judge David Berry at the North County Superior Courthouse in Vista, CA for a what's termed Felony Readiness. Felony Readiness is a private meeting with the prosecutor and defense attorney in the judge's chambers. A "deal" can be offered at this time. In the absence of any such acceptable deal, the case will proceed to a Preliminary Hearing, at which time the prosecution must prove that a crime was committed. This is typically a formality. So, if all goes as expected, the actual trial of Tim Lambesis will likely commence this fall. UPDATE: Tim Lambesis did indeed appear in court today. Details of his appearance have yet to surface, but his next court date is scheduled for September 16th. 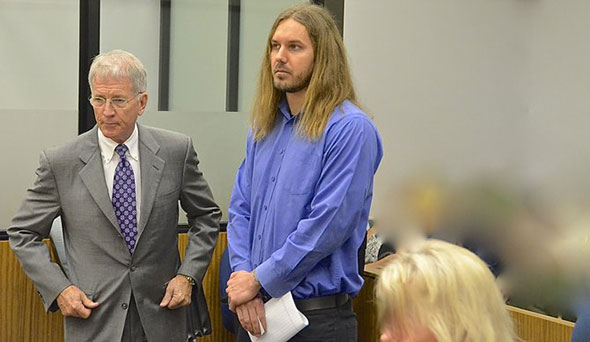