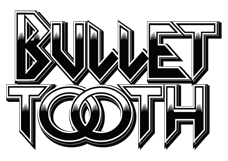 Known worldwide for founding and running Trustkill Records since 1994, New Jersey native Josh Grabelle has launched a brand new record label and publishing company, Bullet Tooth. Best known for his A&R and marketing successes with hardcore and metal bands Bleeding Through, Hopesfall, Walls Of Jericho, Bullet For My Valentine, Throwdown, Poison The Well, Terror, It Dies Today, Eighteen Visions, and more, Grabelle has sold over 2 million albums worldwide. Aligning themselves with only the most forward thinking partners and distributors, Bullet Tooth will instantly be a force to be reckoned within the independent music community. "We are extremely excited to begin working with Bullet Tooth and their fresh approach to the global music market," commented Dave Zierler, EVP & GM INgrooves. "They have a loaded release schedule and all the tools in place to maximize opportunities and quickly establish the Bullet Tooth brand." Rounding out the international team excited for this new venture are distributors in Europe, UK, Japan, Australia, Brazil, South Africa, and more. Grabelle said, "We have surrounded ourselves with a network of partners across the globe who believe in what we do, what our bands are doing, and can assist us in our goals to develop our artists to be self-sufficient touring machines who can make a living off doing what they love." Bullet Tooth has also joined forces with powerhouse publishing company Primary Wave Music to administer their catalog of compositions and secure music in soundtracks, TV, film, video games, and more. The synergy between Grabelle and Primary Wave Music has been fantastic, already having worked on successful projects together like the "Saw VI Soundtrack" (2009) and "8 Films To Die For" (2008). Expect to see new and exciting projects from this partnership in 2010 and beyond. The first Bullet Tooth releases will be new albums from The Great American Beast "The Modern Gentleman" (June 22), Kid Liberty "Fight With Your Fists" (August 3), Deception Of A Ghost "Speak Up, You’re Not Alone" (August 24), Victory In Numbers "Killing. Mourning. Love.", First Blood "Silence Is Betrayal", Soldiers "Hit The Bricks", The Great American Beast "Domestic Blood", Most Precious Blood "Do Not Resuscitate", Memphis May Fire "TBA", and Awaken Demons "TBA". You can expect more of the genre-defining hardcore, metal, and rock that Grabelle has been known for introducing to the world. Stay tuned for new Bullet Tooth band announcements, albums, tours, and more.
To coincide with this news, we just conducted an interview with Josh Grabelle. What's going on with Most Precious Blood? Why did Trustkill and This Is Hell part ways? Has Walls Of Jericho broken up? All of your questions are answered. Read the interview now right here.