Cable has now finished tracking their new album, "The Failed Convict," which is expected to hit streets this spring via The End Records. We have obtained an exclusive account of their time in the studio from Cable's Peter Farris. Here you go:
"Well, we've done it. Made THE Cable album. Right now none of us care what anyone thinks. We've made the record we've always wanted to make and it's beyond satisfying. "It was a tough gig, though. Randy, Fish, Bernie and Vic worked more than a year crafting the songs on The Failed Convict, probably the longest the guys have ever taken to solely write an album. But the hard work and preparation paid off, and we owe the amazing Joel Hamilton at Studio G, along with his assistant Fransisco Botero and partner Tony Maimone a huge thanks for realizing this record for us. "Where to start? "DAY 1: It was a pretty outrageous schedule, and one which Joel certainly handled with ease. We tracked drums, bass, and basic guitar for 13 songs on Thursday, March 5th. A lot of hours in the practice space showed, as the guys nailed a majority of the songs in one or two takes. It was certainly fascinating to watch Joel at work during basic tracking. The guy doesn't just get great sounds, but his aptitude as a producer (not to mention mixer) knows no bounds. He's got a sense for performance and songcraft, and at times he was able to point out flaws or make suggestions that only made The Failed Convict that much better. With such a tight schedule, Joel wore several hats and did such pretty effortlessly. (Hell, the guy was basically a sixth member of Cable) "DAY 2/3: Guitar, guitar, and more guitar on Friday. I think Joel had Bernie lay down 18 guitars on one part. It was fascinating to see the layers come together, but I'm just a singer-dude, happy to be there. Oh, and Fish might have had some nerves leading up the sessions at Studio G, but he methodically laid down his guitar tracks, delivering a pretty amazing performance himself. An organ, piano, wurlitzer, ebow and a bow instrument (whose name escapes me; it looked like a lamp filled with water and sounded like your dead grandpa rubbing your shoulders) all made appearances. "The amazing Tony Maimone also made an appearance. This guy has forgotten more about recording, touring and just being a musician/artist than most people will ever know. He's pretty much seen and done it all, and for him to show such enthusiasm for our little band and album was truly mind-blowing. It was inspiring to just be around the man for even five minutes. Go out and buy everything Tony has been a part of. Now. "I know Bernie, Randy and I were anticipating vocals the minute basic tracking was complete. One thing about the studio environment, you hear the songs over and over until they're pretty much swimming in your blood stream. The missing piece was vocals, and we shared a rather humorous doubt that once we started yelling and howling a pretty amazing record was going to be ruined. "Saturday was long and grueling but I'm proud to say this is the most vocally diverse Cable record ever. Randy has found a sense of melody and emotion without having to puke his guts through the pop-screen. Bernie is as maniacal as ever, and I'm, well, actually singing on some parts. And we can't forget our dear friend, Christian, of Slacks! and Translation Loss Records, who drove all the way from Harleysville, PA to sing on "Outside Abilene." Joel was amazingly patient and efficient throughout, knowing we were on a clock to finish vocals for 13 tracks in one day. Saturday's work culminated with a sea shanty gang vocal featuring myself, Bernie, Randy, Fish and Christian. It must be heard to be believed. "I think I speak for everyone in Cable in saying this was truly a remarkable experience, and one we'll never forget. If you ever have the opportunity to record at Studio G with Joel, Fransisco and Tony, please appreciate every moment." 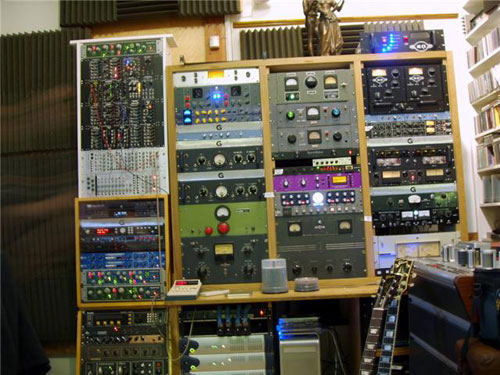 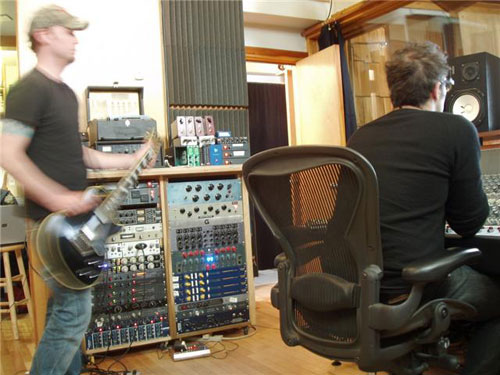 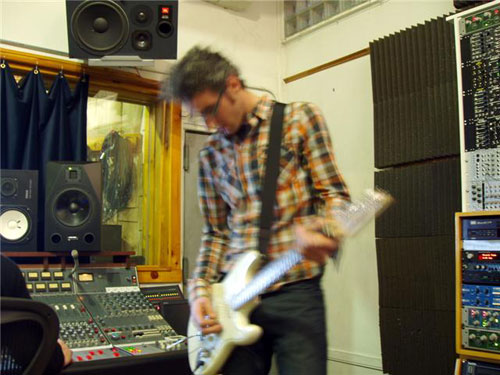 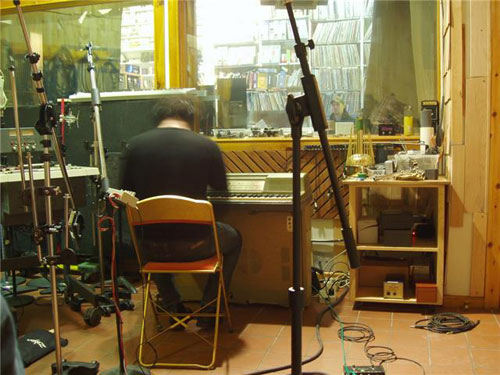 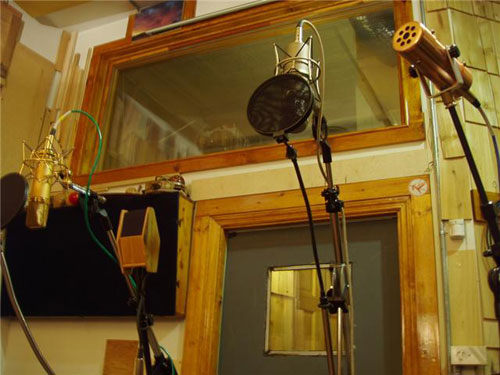