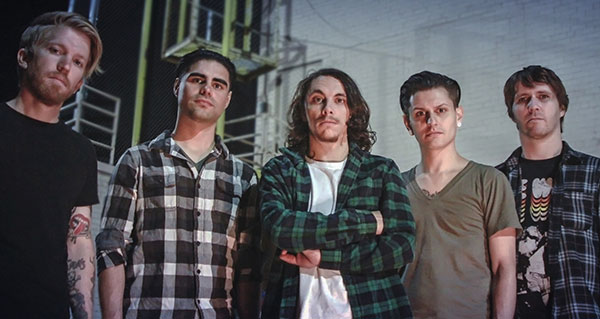 Tucson, Arizona band CONS will release an EP titled Slowhealer via Revival Recordings on Friday, August 11. The outing can be streamed in its entirety below.

Originally formed in 2013 under the moniker Coma Prevail by ex-The Bled guitarist Jeremy Talley, the band changed its name to CONS following the 2014 death of vocalist (and Scary Kids Scaring Kids frontman), Tyson Stevens. With an updated lineup, change in vocal style, and a new burst of creative energy, CONS entered the studio with producer Beau Burchell (The Bronx, Trash Talk) to track new record. The band comments:


"We recorded Slowhealer almost 2 years ago and had plans to self release and basically give it away just to get our music out there. That being said we couldn't be more honored and stoked to release this through Revival. It brings a sense of validation to what we've been working so hard on, to have a great label show interest and pick up the reins and give it the proper release that we feel it deserves. Thank you to everyone involved in this with us. We can't wait to get this out there and get to work."

Slowhealer is can be ordered online here.

Classic "what do I do with my arms" lead singer pose.

Definitely ain't bad. Nice blend of intensity like older Underoath ('04), while paving the way with lots of fresh sounding "The Bled" guitar riffs. Also a bit of a modern metal touch with an old school metalcore/thrash/tech vibe. Doesn't really feel recycled to me.

^commenter above me-finger paints with his own feces.

Jeremy's riffs have always been gold.

Varials "Savage" video premiere
Frankie Palmeri (Emmure): Six Songs To Die With
So you want to be in a hardcore band?
11 Greatest Metal Songs of All Time
confronting Kim Kelly about her clients' racist, homophobic past