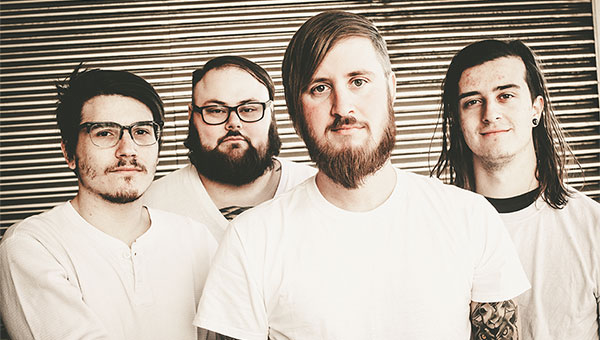 Next month, "noise punk" unit American Standards will release a new, eight-song album titled Anti-Melody. Formed in 2011, the Phoenix, Arizona band has played hundreds of shows and put out three records in the interim. Their chaotic brand of hardcore, inspired by 90s hardcore punk and early 00s post-hardcore, should appeal to fans of bands like The Chariot and Every Time I Die.

Anti-Melody was recorded at Kingsize Soundlabs (Bad Religion, Letlive) in Los Angeles, CA and is slated for an April 28 release (you can pre-order it here). Vocalist Brandon Kellum explains the adversity that helped to shape the album:

"What started as social commentary on the growing divide in our society became very personal when our founding guitarist (Cody Conrad) passed of suicide and then soon after, my father of cancer. We went back in to re-record much of the album and in a lot of ways used it as therapy to cope with the experiences. Although intimate, at its core Anti-Melody is centered around the universal theme of separation on many levels."

Today we're exclusively premiering a video for the record's debut single, "Writers Block Party." Check it out below, and keep up with American Standards via Facebook.

Now they know how to rock this place, American Standards, yeah

Now they know how to rock this place, American Standards, yeah

Named after the toilets?

Hey now, you're an all star

Great band and great guys. They really know how to put on a show and the music and lyrics are great. Best local band I have heard.

Thanks, American Standard, for commenting on your own post so heavily.

Boy, that Erick Biez guy is everywhere *definitely not posted by Erick Biez*

What would a big toe look like if it grew a beard and wore glasses?

This is NOT hardcore.

Easily my favorite local band but I gotta admit, that was a pretty weak track.

Creative, badass, and hilarious video. 10/10. And such a sick song! Salt of the Earth dudes, lyrics always thought-provoking and deep, and always bringing high energy, fun times. So grateful for you guys. Thank you xoxo

Depends on what type of "rock" music you're into... I mean, I can understand her point of view if you're blasting Black Flag or some super experimental Pink Floyd. (If you are into these types, that's all fine and dandy). https://www.videocubix.com /