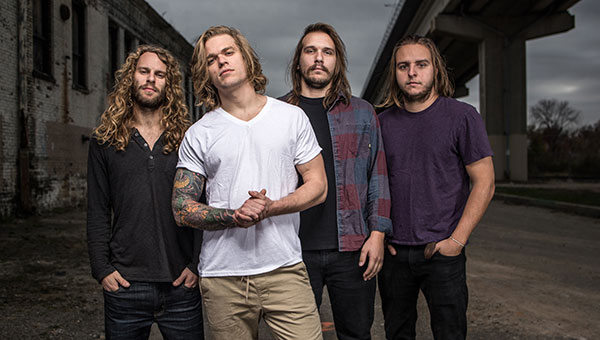 This past January, New Jersey band Toothgrinder released a new album titled Nocturnal Masquerade. If you missed it, your loss; the effort is a clinic in technical and progressive metal. Basically, Toothgrinder is the youthful rascal at the family reunion -- adventurous and original, but mindful of and inspired by its elder cousins in BTBAM, Meshuggah, Tool, and The Dillinger Escape Plan.

Today we're premiering the band's new video for "Blue," a track from the aforementioned album. Toothgrinder says, "'Blue' is one of the more rhythmic songs on the record. It is also one of the few songs in which we chose to apply an alternative tuning, in which added a cool dynamic to the album. It is arguably one of the favorites and the most fun to play live."

Check out the video below. Meanwhile, if you haven't already done so, get Nocturnal Masquerade online and follow Toothgrinder on Facebook.

what is James Franco doing?

guy on right is boy or girl?

So proud of these men

Animosity should come back together and eat this band