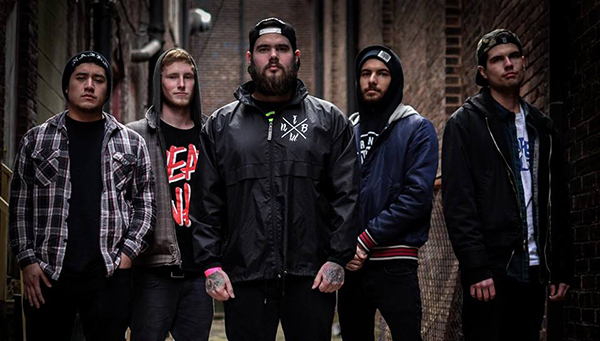 The last time we heard from Chicago, IL hardcore/metal act Demolisher, they had parted ways with vocalist Adam Warren (of Oceano noteriety). It's obviously a big deal for a band to lose its frontman, but rather than hang up their guitars, Demolisher forged ahead. They quickly found a new singer and set about working on a new album.

Fast forward six months and tracking for the new record is nearly finished. In fact, today we're pleased to premiere the forthcoming album's lead single, a track titled "Here To Stay." You can check out its official music video below, and be on the lookout for the new album, Violent Society, to surface later this year. By the way, Demolisher will hit the road next week for some touring with Animal. Details along with other Demolisher updates can be found via their Facebook.

This is a stellar video! Who the f*ck shot this badboy?

camera tricks to hide the fact that 10 single lonely dudes are watching this terrible band: the music video

This is really bad. Don't stay. Get gone.

No care ever. Video flip

Beatdowntempo shared this shit so I know its gay. Fck beatdown and fck downtempo. This is so bad. Fcking terrible. Kids who wear long black shirts and baggy pants to shows and smoke a cig between every fcking set are stoked.

God this is awful.

I fcking hate this band. So fcking much.

"brandon, don't forget your glasses strap for when you do the mosh!" "OK MOM, GEEZ"!

Yesss. This is so much better than that djentshit full length they put out a few years back.

Yesss. This is so much better than that djentshit full length they put out a few years back.

"We're here to f*cking stay!" - gets signed, breaks up, comes back for a few years, settles in loses the only reason they were getting anywhere and finally releases a new track titled "here to stay" talking about that track. JEEZ this is just cringeworthy.

I have a feeling the vocalist doesn't do most of his vocals live due to being a fat slob!

Are they still practicing in one of their parents basement??

I hope everyone that reads this post, likes this horrible band, and supports this stupid site gets cancer.

wasnt felling this one