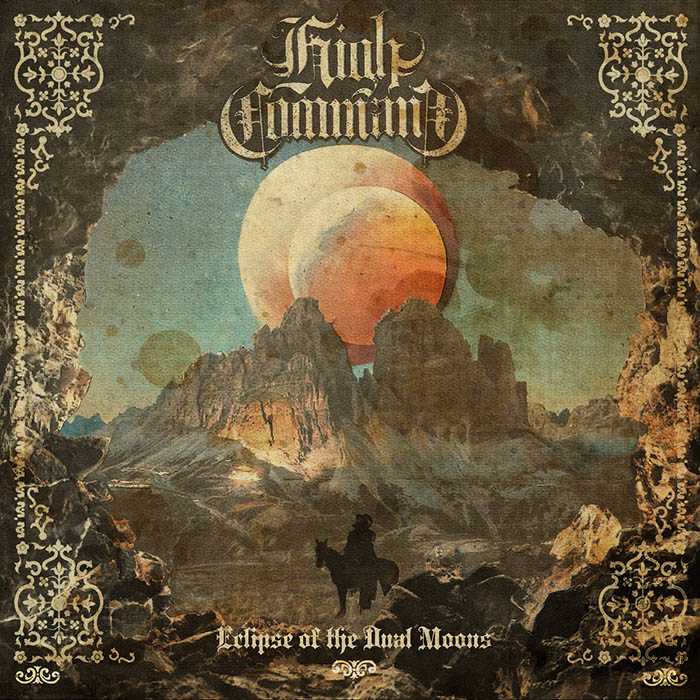 In the myriad of genres and subgenres of extreme music, there is perhaps none that hit that “something-for-everyone” sweet spot as well as crossover thrash. Based deeply enough in metal for the die hard headbangers who wouldn’t go near punk and hardcore records, and urgent and driving enough for the latter crowd, there’s also a catchiness to it all that has a knack for drawing in more mainstream listeners (much to the dismay of, I’m sure, much of the future comments section) as well. Look no further than the meteoric rise of a band like Power Trip, who before the devastating passing of vocalist Riley Gale were inching closer and closer to headlining their own arena sized shows with each new release and tour. This same equation is the reason you would more than likely to find full blown metal heads raising horns and banging heads next to hardcore kids two stepping at an Iron Age show. In the spirt of the previously mentioned bands, Massachusetts warlords High Command come out swinging with their second full-length Eclipse of the Dual Moons, which finds them pushing forward with a sound that’s bigger both in scope and theatrics than their previously released output. 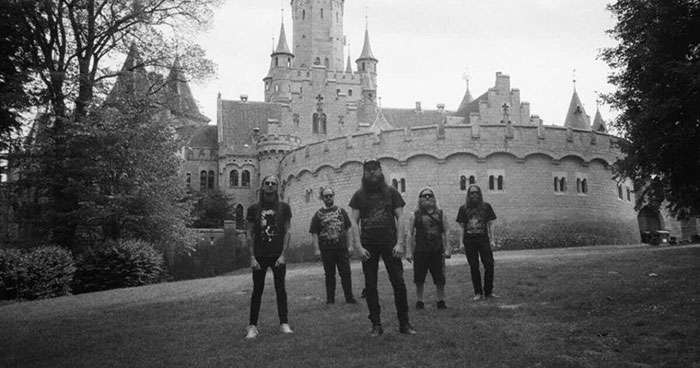 Wasting no time, the opening title track begins where a typical thrash song might hit its stride in the middle: a growl leading into neck breaking, circle pit inducing section coupled with a ripping melodic guitar solo. It’s a hell of an introduction to the album and the band keeps the pace going through the remainder of the record’s 8 songs, stopping only to set the mood via spoken word storytelling or a acoustic introduction before chaos is reintroduced. It’s honestly hard to overstate how full of unbelievably huge riffs this record is. Regardless of if it’s a speedier thrash section, a crushing breakdown or a face melting solo, the guitarwork on this album is pretty damn exceptional and a big highlight in general.

In crossover thrash especially it can feel like many of the riffs used by newer bands have been heard a billion times before, so the variety and dynamics of Eclipse of the Dual Moons is quite impressive. The band’s rhythm section is no slouch either, and while there’s certainly what some may see as a lack of variety in the mid-range harsh vocals, they’re certainly solid in their own right and a great match for the overall sound of the record. That being said, the guitar work is what propels this record forward and it’s greatest strength overall.

Without spoiling it or going too in depth at the risk of over-explanation, there is certainly an involved story being told here, with a heavy focus on imagery and theatrics. It’s a fine line between endearing and goofy when it comes to heavy visual imagery in metal lyrics, but when paired with the band’s impressive musical chops and passionate performance of the material, it squarely ends up in the former end of the spectrum. Every listen brings more pieces of the story the album tells into focus, and certainly the liner notes and artwork that physical copies will bring should enhance this aspect of the album further.

At this risk of outing myself as a nerd here (I mean, let’s be real, I write metal and hardcore reviews so we already knew that), I was surprised at how interested I found myself in the lore behind this album and these songs, given that concept albums as a whole aren’t generally my thing. It’s hard not to take interest when the backbone propelling the story forward rips so goddamn hard though, and I’d imagine many will feel the same once they gain access to the artwork and lyrics themselves.

Bottom Line: It’s no secret that the loss of Riley Gale left a massive hole in the crossover thrash world, so it’s certainly great to see High Command take the reigns and deliver what is certainly their biggest and best effort to date. With a compelling story matched with the musical muscle to bring it to life, Eclipse of the Dual Moons is one of the most epic releases in metal this year, and one that will see love from all sides of the extreme music listening spectrum.

Reigns not taken. The comparison with Power Trip is misguided here and not really fair to either band.

Retro thrash with not a hint of innovation. Might as well be a cover band.