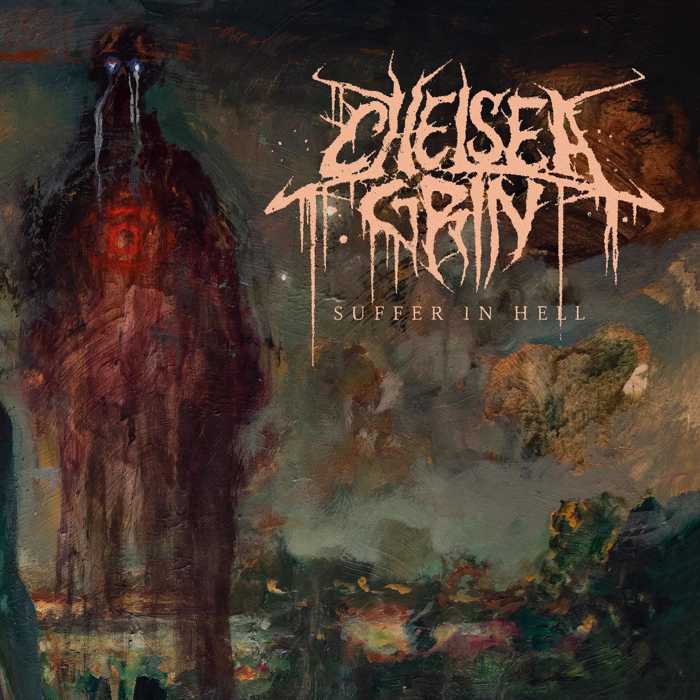 When it comes to modern examples of the Ship of Theseus, Chelsea Grin is one of the better cases. After multiple lineup changes at every position the band seems to have settled into a more concrete set of musicians and are releasing Suffer In Hell, the first part of their planned double album with its companion, Suffer In Heaven coming in 2023. The band has been a mainstay in the modern deathcore scene and while it’s not necessarily burgeoning, per se, they have been a dependable workhorse of touring and releasing consistently charting albums. Deathcore — at least the more recent incarnations of it — has been in a strange place with some bands surging (i.e. Lorna Shore) and others experiencing a bit of an identity crisis. Chelsea Grin are poised at the edge of the current trends of this style on Suffer In Hell with a bombastic production, constant orchestration, and visceral vocals courtesy of Tom Barber. 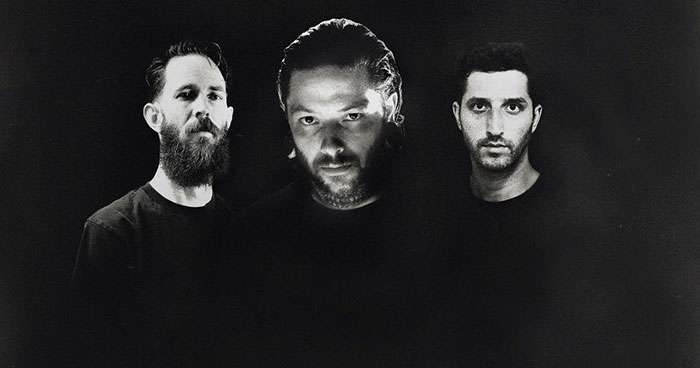 Production can make or break a record like this and while the choices here aren’t unexpected, the favoring of bass, breakdowns, and effects can quickly become tiresome. This choice is indicative of the band's acquiescent approach to genre norms. There are times when the album is a bit more balanced but in general this is a tribute to the low-end. Again this isn’t unexpected and is more of a trope within the genre than a unique choice of Chelsea Grin. It would however behoove the band to embrace things that set them apart and there are indeed flirtations with this on Suffer In Hell. “The Isnis” is one such song that has some strong guitar leads, a focus on groove, and some mid-range clean vocals and higher screams that give the vocals some much-needed dynamics.

“Mourning Hymn” is another such breath of fresh air that sees the band eschewing the fetishization of the boom and leaning into more of their metalcore stylings. While there is plenty of double-bass rattling throughout the track there is also some excellent chord progressions, piano work that fits nicely, great guitar riffs and some BTBAM-esque melodies at play throughout. While it’s not expected that this would be Chelsea Grin’s bread and butter, it is a nice inclusion that adds some oxygen to an album that can be pretty stifling. It doesn’t take them long to get back to the chugga-chugga and while that’s more than likely why fans will flock to this album, “Mourning Hymn” proves that they can execute a variety of styles flawlessly.

It doesn’t take too long for Suffer In Hell to end after it starts. Clocking in at just under 27-minutes, this is a succinct album. While there are times when heavier records benefit from shorter runtimes, this feels like things end on a bit of a cliffhanger. Yes, this is part of a double album release plan but that implies two complete albums not two halves of one album. While this isn’t necessarily a bad thing it does seem a bit at odds with the messaging. If the hope is to whet an appetite for the follow-up second album that is out in March that seems like a bit of a stretch. Perhaps Suffer In Heaven will enhance this album when listening back-to-back, but only time will tell.

Bottom Line: Suffer In Hell is highlighted by some great moments from every facet of the band: vocals, riffs, drums, and composition. These moments, however, aren’t where Chelsea Grin seem to be focused. The risks taken here are in the wrong place. Chelsea Grin would benefit from more melodicism, vocal delivery, and balancing the focus throughout to make this album feel more complete, regardless if there’s another album coming soon. The bright spots are quite bright but are quickly snuffed out by repetition and genre tropes and that’s nothing to smile about.

The title is reflective of what it's like to listen to the album in its entirety.

had to cut down from 7 members to 1 and two scabs to make any money. shows how worthless this music is after everyone figured it out

Marty from Zao here. Yet another band with absolutely no original members. I know all about that.

I actually think Tommy Boy is a pretty talented vocalist...but should have stuck with Lorna Shore.

Album slaps. "Genre tropes" and all.

This album was a genuine flop for me. I am local to SLC and this band no longer feels local to me and this CD was the worst yet. Tom's newer sound is awful and I feel embarrassed playing this cd loud enough for someone to hear.